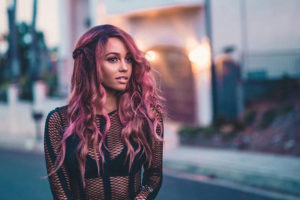 Vanessa Morgan plays the role of Toni Topaz on CW’s hit show Riverdale. During the country’s current protests for justice and equality of the Black community, Morgan took to Twitter and stated various issues with the show including the fact that she is the only Black actress on the show. She also stated that she is paid the least.

I’m not being Quite anymore. ✊🏽 #BlackLivesMatter pic.twitter.com/JXgJic4mrR

Last week, Riverdale creator, Roberto Aguirre-Sacasa, took to Instagram to address Morgan’s comments. “She’s right. We’re sorry and we make the same promise to you that we did to her. We will do better to honor her and the character she plays. As well as all of our actors and characters of color”, he wrote.

“Riverdale will get bigger, not smaller. Riverdale will be part of the movement, not outside it. All of the Riverdale writers made a donation to @BLMLA, but we know where the work must happen for us. In the writer’s room”, he continued.

Check this out>>>  Cardi B and Bernie Sanders Talk Politics on Instagram Live
Related Topics:RiverdaleVanessa Morgan