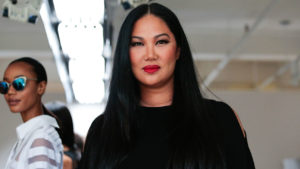 The Coronavirus Pandemic has caused an uproar of racism against Asian Americans due to the virus reportedly originating in China. The president has been filmed referring to the virus as the “Chinese virus”. Hate crimes have also doubled against Asian communities.

We all have a role to play in countering anti-Asian sentiment. I spoke to @latimes about what comes next. Thank you to @melissamagsaysay for sharing our stories.

Recently, The former model and founder of Baby Phat, Kimora Lee Simmons, spoke out against the racism in an interview with the Los Angeles Times.

“We each have a role to play in combating the virus but also racism. There are two sicknesses with a whole racially derogatory undertone that you have to fight at the same time. We have to combat it and treat each other with a little bit of respect because we’re all part of the bigger picture. We all have to do our part, call [racism] out when you see it, hear it or read it”, stated Simmons.