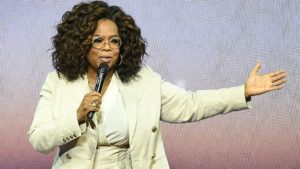 The Oprah Winfrey Show has returned after 25 years as a serialized podcast. Each Tuesday fans can listen to an audio show of one of the 4,500 episodes of the notorious show.

The shows will not air in chronological order. Shows will feature guests such as Dr. Oz, Dr.Phil, and Suze Orman.

On March 3, get ready to relive some of the best moments in television history! The Oprah Winfrey Show is now a podcast! Subscribe now, so you don’t miss a second #OprahShowPodcast https://t.co/0k5EQ6lBdF pic.twitter.com/y8BCLxar9K

“As we head into a new decade, it’s a great time for fans of ‘The Oprah Winfrey Show’ to resist the joy, laughter and inspiration that kept us all tuning in daily for 25 years”, stated Tina Perry, OWN President

The Oprah Winfrey Show is available on Apple podcasts and all podcast streaming platforms.

Join us for TODAY at 11pt/2et for The Oprah Show Podcast listening party! We’ll be listening to episode 1, “How to Make Love Last,” use #OprahShowPodcast to join the conversation. https://t.co/0k5EQ6lBdF pic.twitter.com/15XELwrcVV