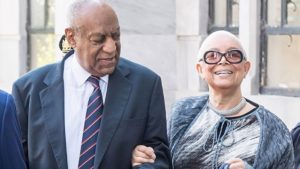 After the recent announcement that an appeals court would review Bill Cosby’s sexual assault conviction for the alleged 2004 drugging and sexually assaulting of Andrea Constand, Cosby’s wife Camille Cosby spoke out for the first time in six years.

“First of all, I don’t care what they feel. The #MeToo movement and movements like them have intentional ignorance pertaining to the history of particular white women, not all white women, but particular white women, who have from the very beginning, pertaining to the enslavement of African people, accused Black males of sexual assault without any proof whatsoever, no proof, anywhere on the face of the Earth. I’m very concerned about so many young people with nanosecond attention spans. They cannot be just jumping around from the movement to another”, she stated.

Check this out>>>  Shows to Binge Watch At Home During the Pandemic
Related Topics:Bill CosbyCamille Cosby