With America’s independence day on its way, Gucci Mane makes a declaration of his own.

Hip hop artist Gucci Mane tweeted Atlantic Records, referring to them as “polite racists,” threatening to leave the label following the release of his new album, “So Icey Summer.” 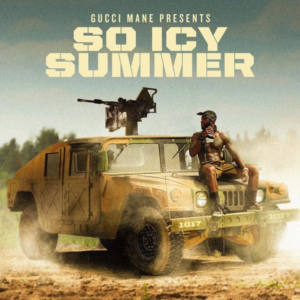 The album, tittled “So Icey Summer,” consists of 24 tracks, and will feature Atlanta-based artists such as Young Thug, Lil Baby, Future, and 21 Savage.

“So Icey Summer” may mark the end of a partnership between Mane and Atlantic Records, as Mane considers going independent. In a later post, Mane stated that Atlantic had been trying to censor his music. “They been want to censor me,” tweeted Mane.

In another tweet, Mane berated Atlantic bigwigs again when he wrote, “To all snitches and my haters and the most polite racist ever I pray ya’ll die from coronavirus.”

Mane’s exodus from Atlantic may be triggered partly by the murder of George Floyd and a proliferation of Black Lives Matter demonstrations. As some wish to see a systemic change in American society, Mane wishes to see a change in the music industry.

Later on, he tweeted, “All artists let’s go on strike f— these racist a– labels burn them down too #BlackLivesMatter #BlackExecMatter f— these crackers.”