From mega football star to accused rapist, 20-year-old Mason Greenwood’s girlfriend, Harriet Robson, has finally spoken out against the constant abuse she faces. 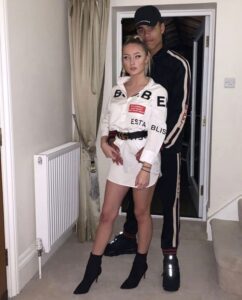 Apparently there have been concerns regarding Greenwood’s ego during his hugely promising career, he plays for the one of the worlds biggest football teams at such a young age, although that seems to have created a sense of entitlement.

Since his debut in 2019, Greenwood hasn’t had a smooth entry into the spotlight, with concerns surrounding his attitude, and also his rocky relationship with football legend Cristiano Ronaldo on the pitch. 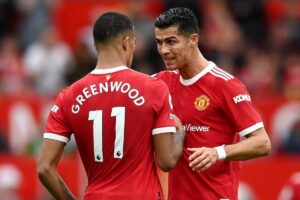 Ronaldo has spoken in interviews previously talking about how the younger players are reluctant to take advice, which people took to mean that he was referring to Greenwood in particular.

Manchester United have spoken to Greenwood before regarding his time keeping and general attitude on the training ground. There was also speculation that he was hosting parties at a rented property during lockdown.

He and a fellow player have also invited girls back to their hotel rooms after games, in which he had to issue an apology for his ‘’huge mistake’’, and he hasn’t played for England since after being fined for breaking the covid rules. 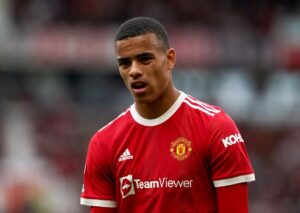 Robson posted on social media a video of her with blood pouring out of her mouth with the caption ‘’to everyone who wants to know what Mason Greenwood actually does to me’’. She had also previously posted photos of bruises on her body, and also a recording from October of Greenwood forcing himself on her and being extremely abusive and threatening.

Harriet Robson just posted this voice note on her story. Mason greenwood is finished, what a vile fucking creature. @ManUtd get rid of him. pic.twitter.com/XI2U6DIAAj