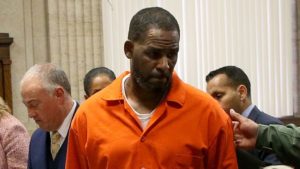 R.Kelly’s attorneys recently filed a request for the R&B’s singers release. They also requested that he be placed on home confinement in Chicago. The lawyers argued that the singer’s age and health put him at a greater risk to contract the Coronavirus.


However, the judge denied his request on Tuesday, April 7th due to the singer being a flight risk.

“The defendant is currently in custody because of the risks that he will flee or attempt to obstruct, threaten or intimidate prospective witnesses. The defendant has not explained how those risks have changed”, stated U.S. District Judge Ann Donnelly.

The prosecutors also noted that the Chicago Metropolitan Correctional Center, where Kelly is being held under sexual misconduct charges, will not “be a basis for being released”.