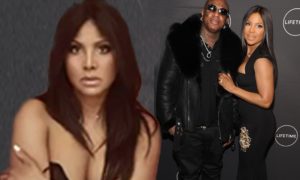 The couple who were originally friends for 18 years stated they will officially tie the knot this year.

“We have been going back and forth on wedding dates. We had a great date but then it was getting too big, we didn’t want a big wedding. Then we said, ‘OK, we don’t want it too small.’ Then he said, OK, let’s do the drive through.’ I’m like, ‘We are not doing a drive through. I’m not ordering fries after we get married, babe’. We’ve been trying to figure it out, but we are definitely gonna do it this year”, Stated Braxton on the Rick and Sasha morning show in Atlanta.

The couple announced their engagement in February 2018 when Birdman proposed with a $5 million dollar ring. Braxton originally wanted a Great Gatsby themed wedding but as of now, there are no updates on whether that will be the official theme moving forward. We look forward to seeing what the future holds for the couple.