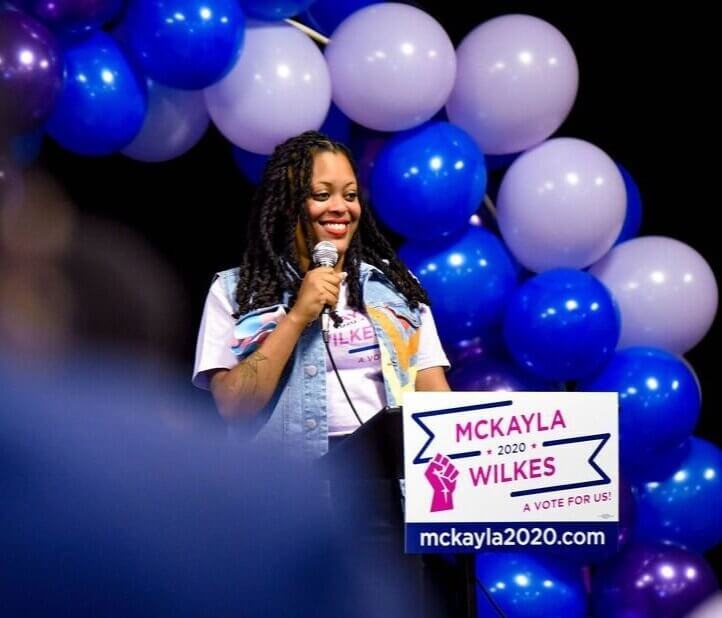 Mckayla Wilkes is a 29 year old democrat running for election to the United States House to represent Maryland’s 5th Congressional District. Wilkes says that she is running to represent the people of Maryland. Despite her troubled teenage years she turned her life around by enrolling into community college and worked a full time job in as an administrative assistant for the Department of Defense. Her campaign strategies include fighting for affordable housing, Medicare for All, and criminal justice reform. In a recent interview she explained her experiences and the importance of health are and housing in the Black community.

“Where I grew up, the nearest grocery store was miles away. You had to have a car to get here. The nearest hospital was maybe about 15 minutes away on the other part of southeast D.C. We came over to Waldorf when I was about nine or 10 years old. Coming out there, seeing the different houses…the education system was different. There were other opportunities. The grocery store is like on every corner.”

Check this out>>>  Meet Ajón Crump: The Founder of Nike For Nurses Campaign

She continued by saying, “Just seeing how [life] really is different depending on where you live…It’s a shame, and it’s definitely something that I want to change. It’s something that I have witnessed, and I still witness it. I mean, my friends still live in those areas.” 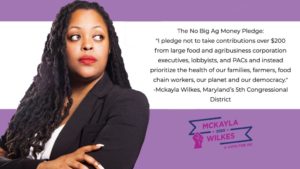 “Some people don’t even realize how housing affects our health care. When we’re living in certain areas [and] have elected officials that don’t want to prioritize investing in the public housing that we do have, the housing becomes dilapidated and moldy. And you’re wondering why you’re sick all the time. Then you’re sick and you can’t get to the doctor because you have health insurance that you can’t even afford to use. Or you don’t have health insurance because you can’t afford to have it.”

Wilkes has been endorsed by ‘Women for Justice’, Climate Voters for Bernie’, and ‘Democracy for America’. If you’re interested in contributing to Wilkes campaign you can donate at www.mckayla2020.com. She will be on the ballot June 2nd for the Democratic Primary.