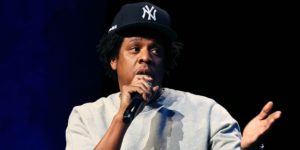 Jay-Z and other artists such as Alicia Keys and Meek Mill have call Georgia officials to action via an open letter in the case of Ahmaud Arbery. The letter was published in the Atlanta Journal Constitution.

The letter urges Georgia’s Attorney General to appoint a special prosecutor and to also charge the neighbor that filmed the ambush as an armed accomplice.

Ahmaud Arbery was fatally shot in February while jogging in a neighborhood in Georgia. This case became public when a video surfaced that displayed Arbery’s slaying. As of now, Gregory McMichael and his son Travis McMichael have been arrested.

Besides the letter several other celebrities have expressed their thoughts on the situation.

“We are all Ahmaud Arbery. Everyday activities should not end in death sentences. We must hold people responsible for their actions. Ahmaud Arbery was unarmed and innocent and his killers must be brought to justice”, stated Yo Gotti in a statement