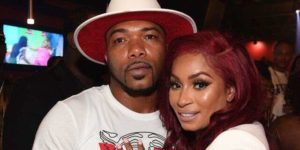 Former Love & Hip Hop Atlanta star, Maurice “Arkansas Mo” Fayne, has been charged with federal bank fraud charges after he spent $2 Million paycheck Protection Program to fund a shopping spree. He allegedly spent 1.5 million on personal items such as a Rolex watch, a diamond bracelet, and a 5 carat diamond ring. He also allegedly spent the funds to pay $40,000 in child support.


“At a time when small businesses are struggling for survival, we cannot tolerate anyone driven by personal greed, who misdirects federal emergency assistance earmarked for keeping businesses afloat. Though Fayne applied for a $3.7 million PPP loan on behalf of Flaming Trucking, he was a $2,045,800 million. The 37-year-old Georgia native stated that the company had 107 employees and that payroll cost over $1.4 million per month. The PPP loan was to be used to ‘retain workers and maintain payroll or make mortgage interest payments, lease payments, and utility payments, as specified under the Paycheck Protection Program Rule”, stated Chris Hacker, Special Agent in Charge of FBI’s Atlanta office.
Check this out>>>  Erica Mena Has Specific Demands for Wedding Guests

Fayne made an appearance in court on Wednesday May 13th.

Many Love & Hip Hop Fans may remember Fayne making several appearances on the show as Karlie Redd’s fiancé. This season we learned that the couple secretly married and by the start of the season premiere they had already divorced. Since the start of the pandemic Karlie says its been hard on her business but she continues to pay her employees.

Still Paying Employee’s While We Are Dealing With Stay At Home Orders Has Been Tough For My Business But I Can Sleep At Night Knowing Everyone is Safe! @therealdaytime Thank You ❤️