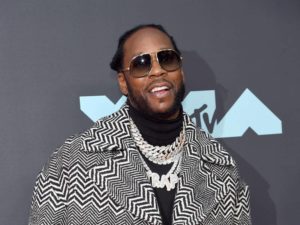 2 Chainz’s Escobar and Tapas restaurant was shut down due to their failure to abide by COVID-19 guidelines. Georgia State police noticed the restaurant “ was rather loud, busy, and occupied to be operating as a restaurant at that time of night.”

According to a report obtained by TMZ, People at the Esocobar $ Tapas Restaurant were not practicing social distancing. People were everywhere. Although Georgia has opened back up for business per Governor Brian Kemp, social distancing practices are still required.  Georgia guidelines include limited dine in services to 10 patrons per table and 10 patrons inside per 300 square feet of public space.

Previously 2 Chainz received backlash after he announced the restaurant would reopen after Georgia reopened, Instead he and his business partner were handing out free meals to Atlanta’s homeless.

Check this out>>>  Mimi Faust Reveals She Received Pay cut Due To Lack Of Drama On Love & Hip Hop
Related Topics:2 ChainzAtlantaEscobar Restaurant