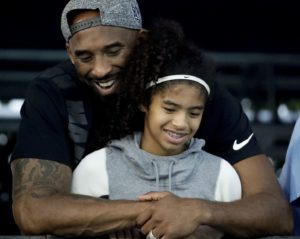 A representative for the helicopter company, Island Express, involved in the fatal crash which consumed the lives of Kobe Bryant, Gigi Bryant, and her fellow team mates have responded to Vanessa Bryant’s lawsuit. According to information obtained by TMZ, the representative claims the passengers were aware of the risks before the flight.

“Any injuries or damages to plaintiffs and/ or their decedent were directly caused in full or in part by the negligence or fault of plaintiffs and/ or their decedent, including their knowing and voluntary encounter with the risks involved, and that this negligence was a substantial factor in causing their purported damages, for which this answering defendant bears no responsibility”, stated the representative.

Vanessa’s lawsuit accuses pilot Ara George Zobayan of negligence and it says he failed to monitor the weather and the distance between natural obstacles.