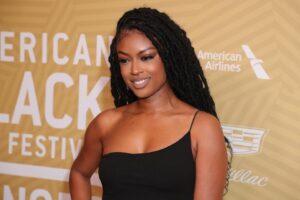 After much anticipation, the CW has finally announced the lead of its new Batwoman series. Javicia Leslie has become the first Black actress to play the role. She will create a new character named Ryan Wilder.

Leslie recently stated that she is “extremely proud to be the first Black actress to play the iconic  role of Batwoman on television, and as a bisexual woman, I am honored to join this groundbreaking show which has been such a trailblazer for the LGBTQ+ community.”

For all of the little black girls dreaming to be a superhero one day… it’s possible!

Prior to this role Javicia Leslie starred in The Family Business, Chef Julian, and God Friended Me.