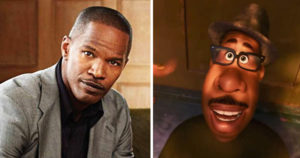 Jamie Foxx is making history with his new acting role. Foxx announced via Twitter that he would be voicing the lead character in a new Pixar Animated Film called “Soul”.

Honored to be the first ever African American lead in a Pixar film. 100 days away. I cannot wait for you all to see this beautiful story. Here is the poster for Disney and Pixar’s Soul and stay tuned for the trailer dropping tomorrow! #PixarSoul pic.twitter.com/yGf3LgQYk5

“Honored to be the first-ever African American lead in a Pixar film. 100 days away. I can not wait for you all to see this beautiful story”, he Tweeted.

The film ‘Soul’ follows the story of a middle school jazz teacher who has an accident and his soul leaves his body.

Alongside Foxx, fans can expect to hear characters voiced by Phylicia Rashad and Questlove.