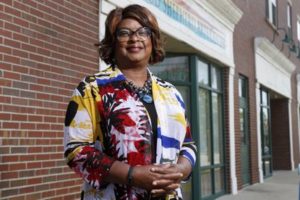 During the pandemic and a nationwide protest, the people of Ferguson made history as they elected the first Black female mayor. Prior to her new position Ella Jones was also the first Black woman elected to the Ferguson City Council.

Ella Jones  has lived in the city of Ferguson for over forty years and is also a pastor at a local AME (African Methodist Episcopal) church. During an interview with the St. Louis Post Dispatch, Jones stated that “it’s just time to do right by the people”.

Elmo and the Easter Bunny were out having fun with Ella’s campaign for Mayor of Ferguson!! pic.twitter.com/Y0ObS5Bk7H

“I’ve got work to do because when you’re an African American woman, they require more of you than they require of my counterpart. If the people are not in charge of what they’re doing, then you’re going to have chaos”, she stated.