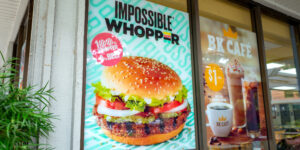 Last Week Judge Raag Singhal dismissed a lawsuit against Burger King; which revolved around the burger franchise allegedly deceiving vegan and vegetarian customers into thinking the Impossible Whopper was cooked in different grills than the regular whopper.

The judge felt the plaintiffs did not provide valid proof of their claims. He also stated that they did not ask about the cooking methods prior to purchasing their food.

Impossible foods inc, also made a statement defining the Impossible Whopper. The company stated that they did not help create the whopper for vegans or vegetarians, but for meat eaters that wanted to consume less animal protein.