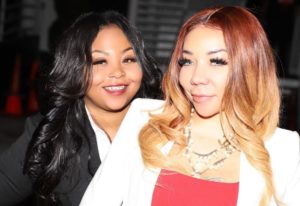 After several rappers have been released amid the Covid-19 Pandemic, Tameka “Tiny” Harris expressed that Bill Cosby should be released from prison as a safety measure to fight the spread of the Coronavirus in the prison he is being housed.

“I feel like bill is older, and he’s been in there doing his time. I don’t know how much time he did. Has he done two years yet?”, Stated Tiny on her joint podcast with best friend Shekinah Jo.

“I think it’s f*cked up what you women did to Bill. Cause sin times out of ten, real talk, y’all was trying to f**k y’all way to the top”.

“Nothing has been filed, but we’re exploring all legal actions. For the record, Mr. Cosby has not been tested for the virus, but is feeling fine, other than being blind and his blood pressure spiking at times”, stated his publicist Andrew Wyatt.