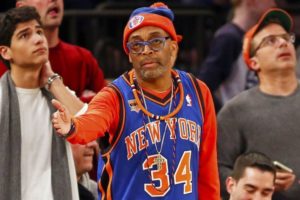 Oscar Award winning director and film maker, Spike Lee has released a film to pay tribute to NewYork which has been hit hard by the Coronavirus Pandemic. He recently appeared on Anderson Cooper’s show to promote the film and discuss how the pandemic has impacted Black families.

“I think that after we get into AC, after Corona, we have to change things top to bottom. We cannot go back to doing this stuff that happened before healthcare, education, the environment. We got to just, hopefully with the new president that we got to go back to the chalkboard and just really rethink everything in America from top to bottom. The epidemic has really pulled, like the Wizard of Oz, pulled back the veil. Now we see what is really here. That is what Corona has done”, stated Lee.

He later released the trailer of the film via Instagram. Check it out below.