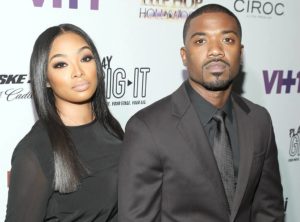 Princess Love is officially calling it quits on her marriage with Ray J. The Love & Hip-Hop star filed the divorce papers at the Los Angeles County Superior Court. The couple have been married for four years and share two children together.

The divorce does not come as a surprise to many because they have been dealing with countless drama in their relationship over the years both on and off camera, the most recent incident being back in November 2019 when Ray J left Princess and their daughter stranded in Las Vegas following a heated argument after attending the BET Soul Train awards, at the time she was pregnant with their second child.

According to a video made by Love, the two got in an argument over Ray J wanted to move to Las Vagas permanently, se was against the move because she believed Ray would be distracted by the party scene. After that incident she stopped wearing her wedding ring. Ray J denied everything at first but eventually said he regret the way he handled the situation and tried to make things right but it was not enough to save the union.

The couple have been living seperately since and decided to co-parent until they figure out how they wanted to move forward in their marriage.