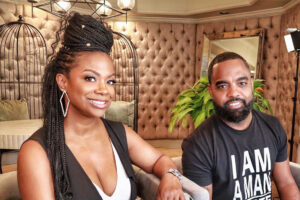 Real Housewife of Atlanta alum, Kandi Burruss and her husband Todd Tucker have announced that they have jointly opened a new restaurant in Atlanta named after their baby girl Blaze. The restaurant is called ‘Blaze Steak and Seafood’.

Todd announced the new venture on Instagram stating, “I live in Southwest Atlanta and always asked why we don’t have certain restaurants in our area (Black Area). But I’m not asking anymore! I will build what we want and what we need in our communities! They better not let me figure out how to build my own grocery store!”

They are now hiring.

Check this out>>>  J.Lo’s "World of Dance" cancelled at NBC after four seasons
Related Topics:AtlantaKandi BurrussReal Housewives of Atlanta