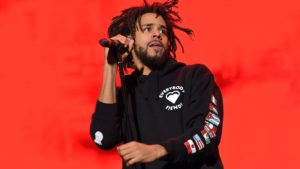 J. Cole is usually known for popping in and out of the rap game frequently. Which is why when he released 2 new songs last week, the internet was ecstatic!

Since last year, Cole anticipated the release of what might be his last album, The Fall Off. After releasing a personal essay for Derek Jeter’s The Player’s Tribune, Cole took to Twitter to reveal that he would be dropping two songs before his album debuted.

Check this out>>>  J. Cole is Training for the NBA

The songs The Climb Back and Lion King on Ice dropped on all platforms and had fans raving. Thousands of people on social media stated how they loved the two tracks and highly anticipate his new album.