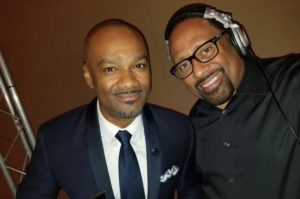 After much consideration, talks with my family and most importantly, talks with God, I have decided (cont) https://t.co/vzSjfDYPLP

The station has announced that Big Tigger will replace Ski during the morning hours and Kenny Burns will fill Tiggers slot in the afternoons starting August 17th.

“I am extremely excited for the opportunity to wake up Atlanta every morning with good energy, good music, and a good time”, stated Big Tigger.

Beginning August 17… Wake Up wit ya boy!!! Thank you for your love and support #ATL… @themorningculturev103 • Shoutout @mr.jasonrileyesq for always making the $$ make sense 🤑• #MorningRadio

“During his time with us at V103, I have seen Big Tigger take over Atlanta as a premier talent and generous community activist who is connected to the people. We believe he will bring his high energy and creativity to mornings at the station. Just as important, we see Kenny Burns bringing his added years of experience, industry work, and current show success to the station, and we’re excited to welcome him back”, stated Rick Caffey, the market manager for Entercom Atlanta.