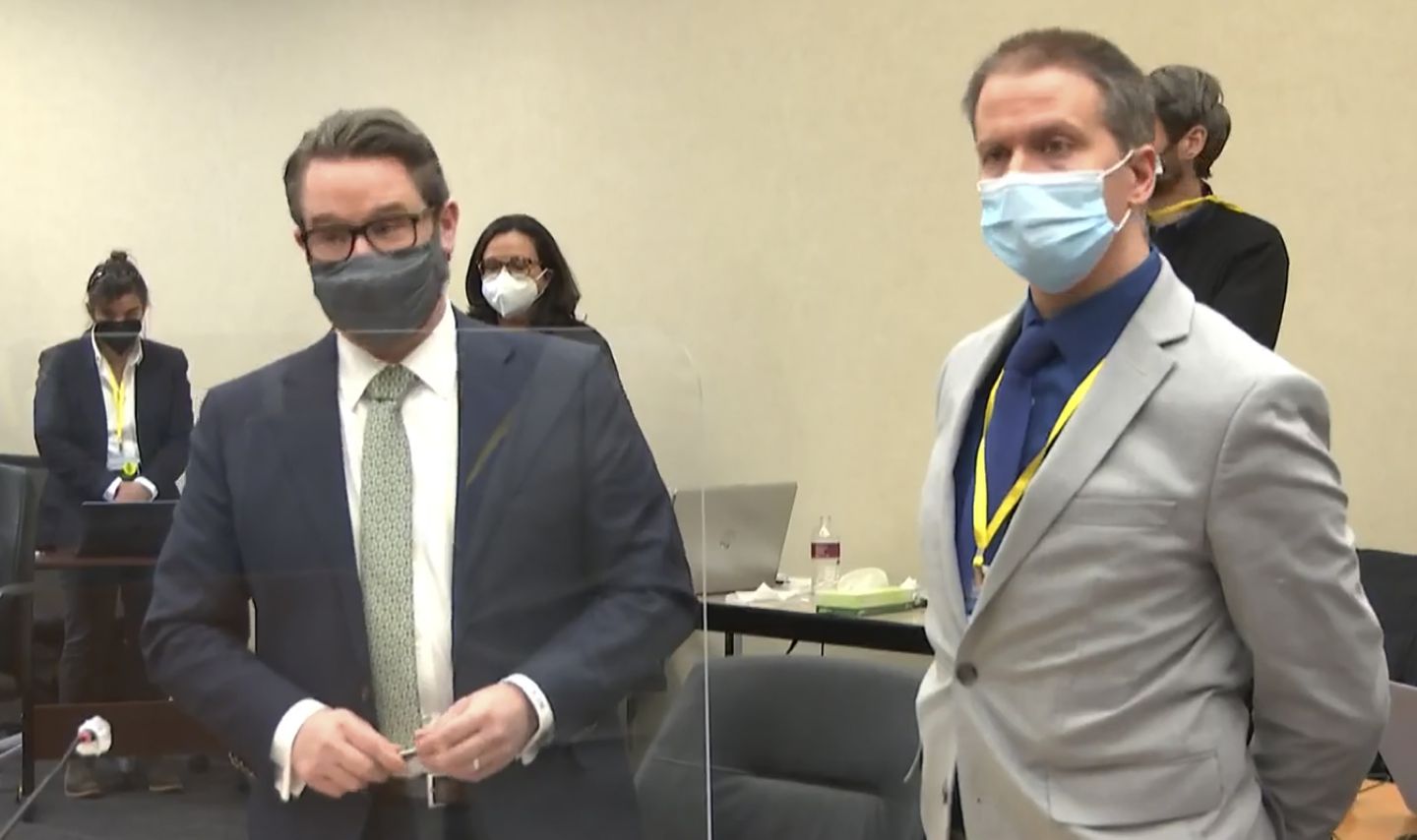 The jury on the trial of the former Minneapolis Police officer began deliberations Monday afternoon, after three weeks of testimony and more than 6 hours of closing arguments.

Almost one year after the videos showing the previous moments before George Floyd’s death, the trial of the former police officer, Derek Chauvin, who maintained his knee over Floyd’s neck over 9 minutes, is coming to an end. The jury of seven women and five men began deliberating Monday afternoon at 5 p.m. ET and continued until 9 p.m. ET. They resumed deliberations Tuesday morning and are set to come to a verdict within the next hours, days, or even weeks.

The jury must believe that the prosecutors proved their case beyond a reasonable doubt in order to convict. They must be unanimous to convict Mr. Chauvin of any of the three charges he is facing. The jurors will remain sequestered in a hotel each night until they arrive at a verdict or determine that they cannot all agree on a verdict.

Judge Peter Cahill warned jurors not to allow “bias, prejudice, passion, sympathy or public opinion” to influence their decision as they weigh Chauvin’s fate. He also instructed jurors not to consider any “consequences or penalties” that may arise from the verdict.

In a trial that has been broadcasted live in its entirety to accommodate Covid-19 attendance restrictions, the prosecution organized a case against Chauvin that featured 38 witnesses. They sought to show Chauvin killed Floyd when the former Minneapolis Police officer kneeled on the neck and back of a handcuffed Floyd for 9 minutes and 29 seconds on May 25, 2020.

The videos include multiple angles from the scene and bystanders’ testimonies revealed Floyd gasping for air and saying “I can’t breathe” 27 times while he was under Chauvin’s knee. Then the prosecution presented a series of police supervisors and use-of-force experts who criticized Chauvin’s actions as excessive and unreasonable. Finally, five medical experts explained that Floyd died from a lack of oxygen when Chauvin restricted his ability to breathe – what’s known as “positional asphyxia.”

On the other hand, the defense of Chauvin called seven witnesses of its own, excluding Chauvin himself since he invoked his Fifth Amendment right not to testify. Defense attorney Eric Nelson argued that Floyd died due to fentanyl and methamphetamine use, his resistance of officers, and his underlying heart problems, rather than due to Chauvin’s restraint of Floyd.

He explained that the use of force applied by the former police officer was appropriate and said he was distracted by the crowd of hostile bystanders on the scene. He highlighted the moment in which experts have said Mr. Floyd took his last breath, pointing out that at the same time, an off-duty firefighter and another bystander had moved closer to Mr. Chauvin, prompting the officer to pull out his mace.

In closing arguments, Eric J. Nelson, Mr. Chauvin’s lawyer said the prosecution’s focus on 9 minutes and 29 seconds missed Floyd’s active resistance minutes earlier “it’s not the proper analysis because the 9 minutes and 29 seconds ignores the previous 16 minutes and 59 seconds. It completely disregards it,” he said. He implored the jurors to also consider the moments before officers took Mr. Floyd to the ground.

Chauvin’s attorney said he was not arguing that Mr. Floyd had died of an overdose, but that jurors must consider a range of factors about what could have caused his death: the poor health of his heart and the fentanyl and methamphetamine found in his system.

“The state has failed to prove its case beyond a reasonable doubt, and therefore Mr. Chauvin should be found not guilty of all counts,” he concluded.

During almost two hours, Mr. Schleicher summarized the prosecution’s evidence and tried to raise doubt about the evidence offered by Mr. Chauvin’s lawyer. “It was Mr. Chauvin’s knee on Mr. Floyd’s neck for more than nine minutes that killed him on May 25,” Mr. Schleicher said, “not any heart condition or drug overdose.”

Also, in a rebuttal to Nelson, prosecutor Jerry Blackwell urged jurors to use “common sense” while they deliberated. “The only witness that will be talking to you when you’re back in deliberation … is common sense; that witness is common sense,” Blackwell said.

“George Floyd struggled, desperate to breathe, to make enough room in his chest to breathe, but the force was too much,” Mr. Schleicher said. “He was trapped. He was trapped with the unyielding pavement underneath him, as unyielding as the men who held him down.”

“This wasn’t policing, this was murder,” Mr. Schleicher continued. “The defendant is guilty of all three counts. All of them. And there’s no excuse,” the prosecution concluded. As he finished his argument, he showed a photograph of Mr. Floyd one more time for the jurors.

Although the verdict of the jurors is yet unknown, the possibility of finding the former Minneapolis police officer not guilty is still on the table. Tensions are high, and authorities have taken precautions in anticipation of a verdict. The Hennepin County Government Center has been surrounded by fencing and barricades since jury selection began in March. More than 3,000 Minnesota National Guard members have also been activated in the Twin Cities, while businesses in Minneapolis have boarded-up windows.