BET announces the nominees for the 15th annual “Hip Hop Awards,” honoring the past year in hip hop music across 17 categories. The BET Hip Hop Awards is set to premiere on Tuesday, October 27, 2020 at 9:00PM ET/PT. Rising superstar, and winner of the 2019 Hip Hop Awards “Best New Hip Hop Artist,” DaBaby, leads this year’s nominations with an impressive 12 nods. Following his win for “Best Male Hip Hop Artist” at the BET Awards, DaBaby’s 12 nods includes ‘Best Live Performer,’ ‘Lyricist of the Year,’ ‘Hip Hop Artist of the Year,’ ‘Impact Track’ – Rockstar (BLM Remix) and two nominations in the ‘Song of the Year,’ ‘Best Hip Hop Video,’ and ‘Best Collab’ categories. Additionally DaBaby makes history, with two entries in the ‘Hip Hop Album of the Year’ category with “Blame It On Baby,” and “Kirk” both receiving nominations. Roddy Ricch, another 2019 ‘Best New Hip Hop Artist” nominee, takes second place with an impressive 11 nods. Megan the Stallion, who opened the 2019 show, tied with global superstar Drake for third most nominations securing 8 nods each. Other notable nominations include Future, who received 6 nominations. Lil Baby who received 4 nods. 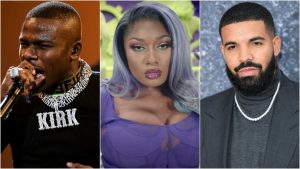 Rihanna set to perform at the upcoming Super Bowl

R. Kelly Beaten Up In Jail While Guards Watched