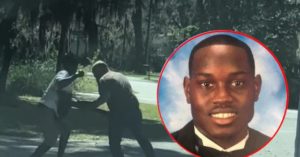 According to ABC News, Ahmaud Arbery’s autopsy results have officially been released.

Ahmaud Arbery was a 25-year-old resident of Brunswick, Ga who was fatally shot by two men in February after jogging in his neighborhood.

The Glenn County coroner stated that 11 shotgun pellets were removed throughout his body. “This 25-year-old Black male, Ahmaud Arbery, died of multiple shotgun wounds sustained during a struggle for the shotgun. The toxicology reports submitted in March came back negative for traces of drugs and alcohol in his body.”

The two men Gregory and Travis McMichael were arrested shortly after the video of the deadly assault leaked and went viral on social media.