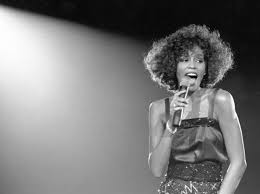 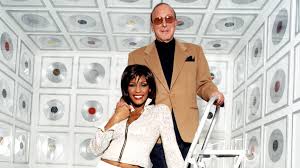 Clive Davis says the biopic he’s working on about the life and career of Whitney Houston will be a “no holds barred” portrait of the artist, and he won’t sugar-coat anything.

When speaking to Variety Davis, who signed Whitney Houston to her record contract and was her mentor, says, “I have a mission here. I have a mission to make sure that for all time that the full picture of Whitney Houston is captured in a no-holds-barred film that is musically rich and shows her genius and more of her character than we have seen to date.”

“There was a fierce competition for the movie,” Davis says. “I’m happy to say the reaction to the script was good. Almost every studio head called to tell me about their passion for the project. They know Whitney has been captured and the opportunity here is so special and unique.”Davis also says the movie will feature Whitney’s original recordings, so the actor cast to play the singer won’t be required to have amazing vocals.

Stella Meghie is set to direct the biopic titled “I Wanna Dance With Somebody” after Houston’s 1987 top song.Meanwhile, there are several films and documentaries about Houston’s life and career, but none received the official blessing from Houston’s family. Davis’ project is the first authorized biopic that has the full support of the estate of the music icon.This looks like it will be a treat in a time where we need some content.

“I Wanna Dance With Somebody” will be released Thanksgiving Day 2022.

I’m also an intern for Aman Magazine. I’m currently a masters student that has a passion and drive for writing and reporting black culture. My dream is to work in the media industry and portray the successes for the culture .