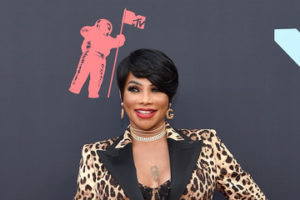 Sandra Denton of the rap group Salt-N-Peppa is suing rideshare company Uber as well as the driver of the vehicle for the pile-up car crash she was involved in in 2018. In documents obtained by TM, Pepa stated that she suffered injuries, pain, and a loss of wages.

It is said that Pepa has had cancel shows and performances due to the severe pain. She has even been physically sick after performances.

She later received medical attention after complaining of neck and knee pain. Sources told TMZ that Pepa’s car was hit from behind after the Uber driver was following too closely and couldn’t stop in time causing the pile-up crash.

Check this out>>>  BasketBall Hall Of Fame Announce Kobe Bryant Will Be Inducted During 2020 Ceremony
Related Topics:PepaUber