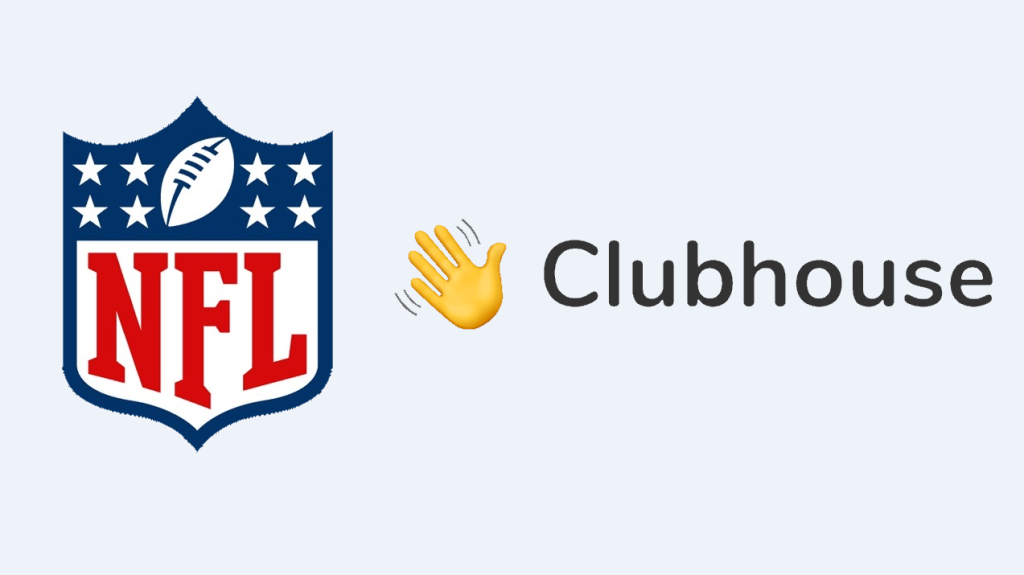 The National Football League partners with the Audio Social platform “Clubhouse.” Clubhouse has had a massive first year, with more than 10 million downloads. It seems that as companies were crashing during the pandemic, Clubhouse has found its stride.

Clubhouse debuted Mar.2020 at the height of the pandemic, competing with established giants such as Twitter, Discord, and Facebook.  Clubhouse is an invitation-only place where to network, learn insider industry secrets, and watch celebrities go back and forth with each other. Unfortunately, now it has become a place where MLMs advertise their programs and philosophies.

It has also become a place where misinformation has become the norm. Clubhouse is now coming quickly up against the challenge of all platforms of its kind, quality control. What qualifies as “good and responsible content” is a question they’re going to have to answer very soon, but partnering with the NFL is a great start.

The NFL will be hosting a series draft themed rooms.  Clubhouse will then follow the picks as athletes, coaches, and network personalities drive the room’s discussion.

Fans on the app could be invited “on-stage” by moderators to ask draft questions and share reactions. For a company starting a year and some change ago, the NFL is a colossal partnership and a stamp of approval.

This is a brilliant move by the NFL to engage its audience amidst fan restrictions during the pandemic.  We are getting back to some sense of normalcy as vaccines are now becoming widely more available.

“The partnership will bring the global community of football fans, players, and league legends on Clubhouse closer than ever before.” according to the NFL and Clubhouse

The success of this partnership could mean a lot more for this now four billion-dollar company. In a social media-driven world, “content is king.” As Clubhouse expands and addresses quality control concerns correctly, there is no reason it won’t have the staying power of other social media platforms.

Additionally, Clubhouse remains only available on IOS platforms and is still invitation-only.