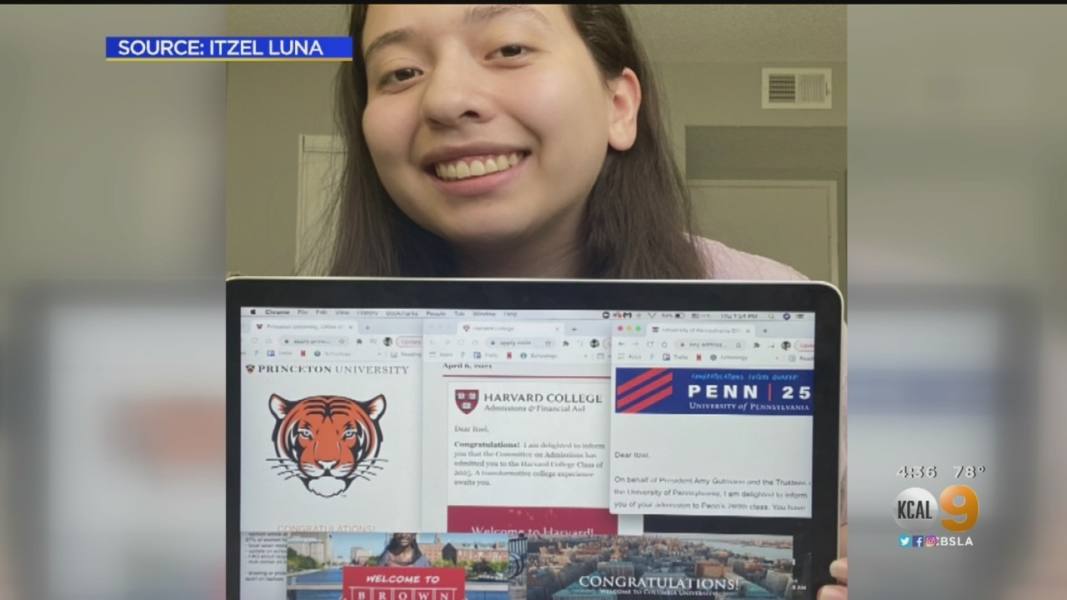 Despite having rigorous processes and being the hardest universities for being accepted, Itzel Luna, a Mexican-American high school student, was accepted into five Ivy League schools: Harvard, Brown, Princeton, the University of Pennsylvania, and Columbia.

Luna’s family is originally from Mexico; she’s a senior at Daniel Pearl Magnet High School in Lake Balboa and lives in Sylmar, in Los Angeles County. She is the first member of her family to attend college.

Almost half of the population from Sylmar is Latino and 67.3 percent of students at her high school are socioeconomically disadvantaged.

“I do think it’s important that these stories be shared so that other first-gen low-income kids that are maybe in high school right now or even younger to see that, you know, these institutions aren’t just for the wealthy. That you as a low-income or first-gen kid also deserve to be here,” Luna told KTLA.

On Ivy Day, past Tuesday, April 6, at 7 pm EDT, Luna received one, then two, and finally five acceptance letters from the Ivy Leagues. She was also accepted at a total of 18 universities and she is still unsure of which one to attend.

“I was just absolutely shocked,” Itzel Luna told KCAL 9. “All I could do was just keep checking because I didn’t even know like I couldn’t process it.”

Luna has a GPA of 3.89 and she wants to major in communication and political science since she wants to become a political journalist. By May 3 the high school student has to make a decision on where she wants to continue her studies and pass the next four years of her life.

During her sophomore year, she covered the 2019 Los Angeles Unified School District teachers’ strike for the student newspaper.

“She’s been working hard for it since the ninth grade (..) I’ve had her every single year since then, and she’s very determined, persistent.” Adriana Chavira, her journalism teacher, told KCAL 9.

Proud teacher moment: I've had Itzel since her freshman year & have seen her blossom into the student journalist she is today. She has the tough choice of selecting which college to attend: Harvard, Princeton, Columbia, Brown, UPenn, Stanford or USC. https://t.co/ZcR8SUlLOs

According to Luna’s high school principal, she’s the only student that they know of who has been accepted to an Ivy League school.