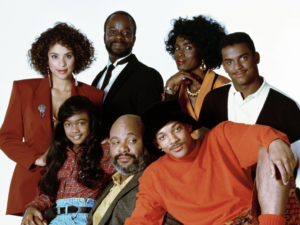 Will Smith and Morgan Cooper are joining to adapt a dramatic reimagining of the former’s beloved NBC comedy The Fresh Prince of Bel-Air.Bel-Air is described as a dramatic take on the beloved ’90s comedy that launched Will Smith to stardom over six seasons starring as the street-smart kid who moved from West Philly to Los Angeles neighborhood. With this said , with a different vision, Bel-Air will dive deeper into the inherent conflicts, emotions and biases of what it means to be a Black man in America today, while still delivering the swagger and fun nods to the original show. Which could be something fans are hungry for.

Cooper, a Fresh Prince a massive fan , created and directed the trailer that reimagined the series as if it were a drama. He will co-write the script, direct and be credited as a co-EP.The drama series is currently being shopped to streamers and is a co-production between Smith’s Westbrook Studios and original producers Universal TV. This reboot is also rumored to be remain in high demand across broadcast, cable and streaming platforms helping to reduce the costs of marketing and making it easier gain popularity through a crowded landscape.

Check this out>>>  Will & Jaden Smith Donate Water to Flint

The original sitcom was a was signature series for NBC. That legacy would play into Peacock as a potential home. The NBCU streamer has been actively rebooting classic NBC sitcoms with Saved By the Bell and Punky Brewster, and the Fresh Prince reimagining is co-produced by corporate sibling Universal TV. So don’t be surprised if any of these suit have get a chance to fight for distributing the reboot