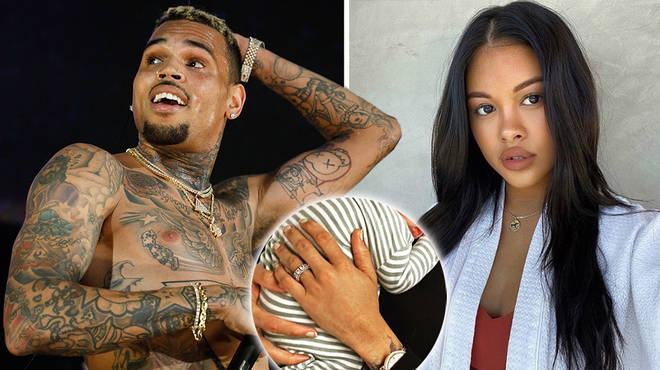 Chris Brown,30, and his ex-girlfriend Ammika Harris, 26, may have just tied the knot. Ammika has been seen on Instagram with several gorgeous diamond rings. Chris Brown has also been seen wearing diamond rings on his left ring finger when he announced the birth of their song Aeko Brown.

Chris and Ammika’s relationship status has been the talk of the town these days. They were broken up for a while and weren’t dating when they welcomed their son in November 2019. However, a few weeks ago Chris began posting pictures of Ammika on his social media and commenting flirty comments under her pictures.

According to HollywoodLife, “Chris and Ammika share a very strong bond and it’s only gotten stronger since the baby was born. Chris is head over heels in love with his son and [is] so grateful to Ammika for bringing him into this world”.