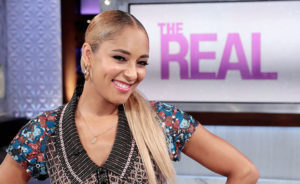 Actress, Comedian, and Activist Amanda Seales has left The Real Talk Show after six months. Seales first joined the show in January 2020, replacing Tamar Braxton who was fired. During an Instagram Live interview, she revealed that her contract was up and she chose no renew it. She also mentioned the lack of diversity in the executives of the show.

Talking The Real, these crooked ass cops, how to create change, brothas and Sistas coming together and more!

“I didn’t renew it, because it doesn’t feel good to my soul to be at a place where I cannot speak to my people the way they need to be spoken to. And where the people whoa re speaking to me in disparaging ways are not being handled. I am not at a space whereas a full Black Woman, I can have my voice and my co-workers also have their voices and where the people at the top are not respecting the necessity for Black voices to be at the top too”, she stated.