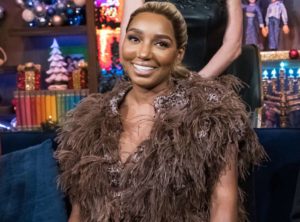 Animal rights group, PETA, has constantly been urging celebrities to use faux fur. After Real Housewives of Atlanta star NeNe Leakes released his new single “Come and Get This, Hunni” which included lyrics about dropping a “mink to the floor”, the organization sent her a Faux Fur premium Rose jacket retailed for $379.

“Leakes would drop fur to the floor forever if she saw how minks and other animals are shot, beaten, electrocuted, and even skinned alive in the cruel fur industry”, stated PETA Vice President Lisa Lange.

Leakes’s rep stated that she has yet to receive the coat due to it being shipped from Australia. Aside from NeNe Leakes, PETA has also sent J.Lo fur coats after she wore them in her role in feature film “Hustlers”.