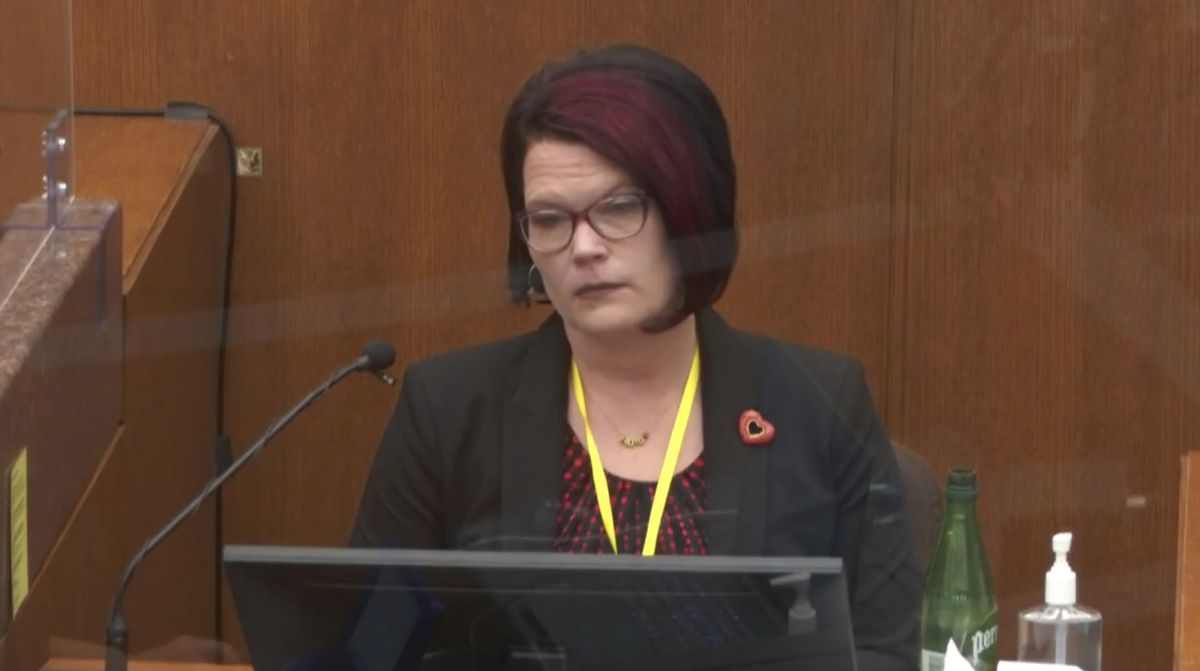 “If I had not taken the Counterfeit bill, this would have all been avoided,” Christopher Martin at “Cup Foods”.

Mr.Martin, stricken in grief, recounts to the juror the very few moments before the cops were called. His testimony opened a very emotional day 3 of the Chauvin trials.

After discovering Mr.Floyd gave him a counterfeit twenty-dollar bill and believing Floyd was under the influence. Mr.Martin proceeded to tell his manager, who then called the authorities. The Jurors saw a store cam video of the exchange between Mr.Martin and Mr.Floyd as Mr.Martin shared his testimony.

After Mr.Martin’s testimony, Charles Mcmillian,61, breaks down in tears watching the video of himself telling George to comply with the police.

In the unreleased bodycam footage, you see Mr.McMillian pleading with Floyd not to resist. ” You cannot win,” said Mcmillian.

Floyd, in the video, in increasing distress, said, “I am not trying to win.”

In the footage, it shows Floyd saying over and over again he cannot breathe and calling for his deceased mother.

“I felt helpless,” said Mr.Mcmillian wiping tears from his face

After Mr.Mcmillian struggled to regain his composure, the Judge ordered the court to take a break.

After the break, The Prosecution played never-before-seen footage of Mr. Mcmillian and Mr.Chauvin’s verbal exchange from an Officer’s body cam taken a right after the ambulance left with Floyd.

Prosecutors asked Mr. McMillian why he felt the need to talk to Mr.Chauvin.

“Because what I was watching was wrong,” said Mr. McMillian

An emotional Courtney Ross takes the stand today, narrating how Floyd and her first met. Ross, Girlfriend of Floyd, met at a salvation Army where Mr.Ross was to talk to her sons’ father. Mr.Floyd working at the shelter seeing her in distress, according to her testimony, walked up to her, saying

“No, I am not, just waiting for my son’s father,” said Ms.Ross

“Well, can I pray with you,” said Floyd

For the first time, the jurors are introduced to the man Floyd outside the incident. Ross explained being exhausted with her sons and being through so much that day, and this kind gentleman came when she felt “so alone” in the lobby. At a time when her faith in God was diminishing. Later on, in her testimony, she explained how they both struggled with opioid addiction.

“It is a classic opioid addiction story,” said Ms.Ross describing her chronic neck pain and Mr. Floyd’s chronic back pain.

The Jurors learned that Mr.Floyd is not originally from Minnesota but Houston. When Floyd was alive, Ms. Ross showed him around the city.

“Everything was new to him; being with him was an adventure,” said Ms.Ross

Paramedics testify today what they saw when they arrived at the scene of the incident.

“When I saw the officers on top of Floyd, he thought he was being restrained, but then he saw he was not moving or breathing,’ said Seth Bravinder, one of the Paramedics on the scene

According to their testimony, Mr.Chauvin was still on Floyd’s back as he was unconscious and not receiving medical attention from the police. Then they rushed him into the ambulance.

“I did my best to give him a second chance of life, but when I arrived on the scene, he was deceased.” Derek Smith, a paramedic, also arriving on the scene.