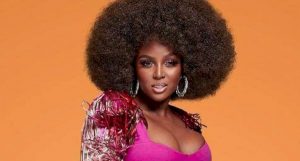 “It’s a rap song because I’ve been inspired by hip-hop culture and music. I got out of my comfort zone. It’s my alter ego; it’s completely different from anything anyone has heard from me before. I’m rapping”, Amara stated in a press release.

Amara has now landed a record deal with BMG.