After her successful collection of powder and cream contour kits, Kim Kardashian announced via social media that she would be releasing a 16 color shade range of concealers.

She even included her mother Kris Jenner and grandmother MJ in the ad campaign.

“March 23rd concealer kits launching on kkwbeauty.com thanks to my mom & grandma for being the best models and going blonde for this shoot! I’m so proud that my concealers have anti aging properties and we used models ranging from their 20’s to 80’s!” 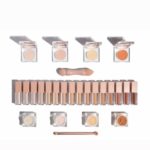 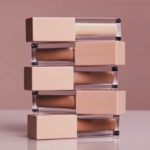 However, some people felt the collection only catered to light skin tones and let their opinions known on Twitter. Others are claiming that Kim is copying Kylie’s previous collection. Kim’s reps have yet to respond to these claims.