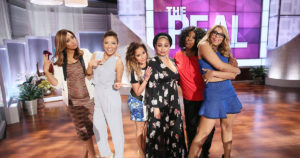 After Tamera Mowry-Housely announced that she was leaving The Real after co-hosting for seven seasons, Raven-Symoné says she is open in joining the show. Raven previously co-hosted the infamous daytime talk show, The View from June 2015-October 2016. 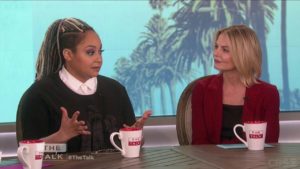 “I’m gonna stay true to what I’ve been setting goals towards during Corona, and that’s to focus on my skills as a director and EP and a creator, and really take what I’ve learned in the industry and pass it along to people that are beginning. But I’ll never say no to a cool job. I don’t mind helping out where they need me to. As long as we’re corona safe, I’m done for the cause”, she stated.

She continued by saying, “I’m gonna start a family [soon] and I need to do that. I want to make sure I’m getting into a job position that allows ‘me time’, because let’s not forget how demanding that job was before corona, and I’m sure it’d demanding now. This is gonna sound egotistical, but the demand that’s needed for me in the jobs that I’ve benign, have taken my life to where I have not had a personal life. It is morning to night, ‘We need you. We need you. We need you.’ And I’m like, I’m trying to cuddle.”

Check this out>>>  Joel Osteen Teams Up With Mariah Carey and Kanye West For Easter Service
Related Topics:Raven SymoneThe Real